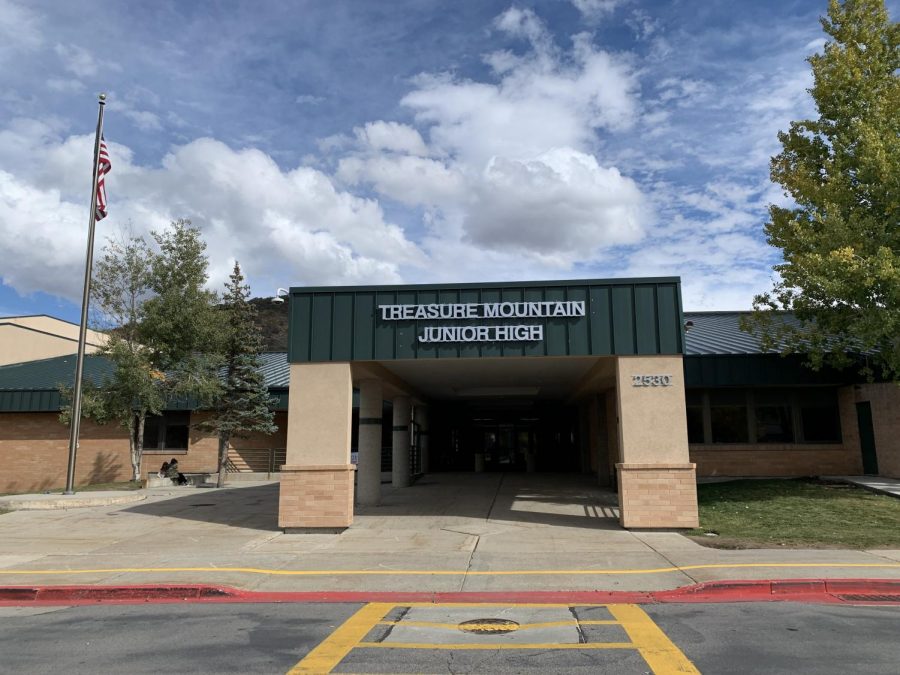 For years, freshmen at Treasure Mountain Junior High School (TMJH) were not allowed to attend the events at Park City High School (PCHS), despite the fact that they were technically high school students. But recently, freshmen are being incorporated into high school events, and many upperclassmen have strong opinions about it.

Up until 2019, freshmen were not allowed to attend most high school events, including dances, unless invited by an upperclassman. When Homecoming Week of 2019 rolled around, many students were shocked to learn that freshmen would be allowed to go to the dance unaccompanied for the first time.

The administration has been encouraging these freshman-inclusive changes as a way to increase inclusivity.

“Although ninth graders are in a separate building, it is part of their high school experience and the integration helps ensure a positive experience for all students,” said TMJH Principal Caleb Fines.  “Just like ninth graders play high school sports, we also want to give them other experiences.”

However, many of the upperclassmen felt this change was unfair, since they were not allowed to go when they were freshmen.

“I think the main reason that usually all the seniors are pretty mad that the freshmen get to go to the dances and all that is because we weren’t allowed to do that when we were freshman, and I think we feel like that’s kind of unfair,” explained Senior Kassidy White.

We at the Park City Prospector feel that freshmen should be allowed at some high school events, but not all.

The school dances, including Homecoming, should be exclusively for students that actually attend the physical high school.

Homecoming is an event celebrating coming back to school.  Ninth-graders may technically be high school students, but they do not actually attend the school, and therefore should not be included in the dance.

“I think the biggest problem is that they are not technically at the high school,” said Senior Bryce Bargowski. “But involving the dances, I don’t think freshmen should be allowed to just show up, they should be invited by an upperclassman.”

However, freshmen do have to attend other PCHS activities.  Because PCHS and TMJH have the same daily schedule (to allow students to take classes at each school if necessary), freshmen need to attend assemblies when the high school students do.  These assemblies also may contain information that is also relevant to freshman, such as information about sports.

Similarly, a perfect world would allow freshmen to sit in the student section at sports games.  Although many upperclassmen feel this is unfair, freshmen can already participate in school sports.  It only makes sense that they should be allowed to view those events as part of the student body.

The TMJH and PCHS administrations have been working together to integrate freshmen into the high school for the past three years.  This is part of their long term goal: permanently moving freshmen to the high school.

The Park City School District Board made the decision to move freshmen to the high school several years ago, but have not been able to make permanent changes.  However, that may be changing this November, when the community will vote on a proposition that would fund a high school expansion that would add room for the freshmen.  For more information on that vote, read this feature on the subject.

If the proposition passes, construction on the high school may start as early as the conclusion of this school year.  But regardless of whether that happens, it does not change the fact that at the moment, freshmen attend another school.  We believe that trying to integrate them early will only increase frustration and confusion among the student body.

PCHS should focus on inclusion, but only in ways that are consistent with the school rules.  Once freshman students are officially part of PCHS, they should certainly be included in all school activities, even if upperclassmen find it unfair.  But until then, they should only be part of activities that are in line with current school policies.