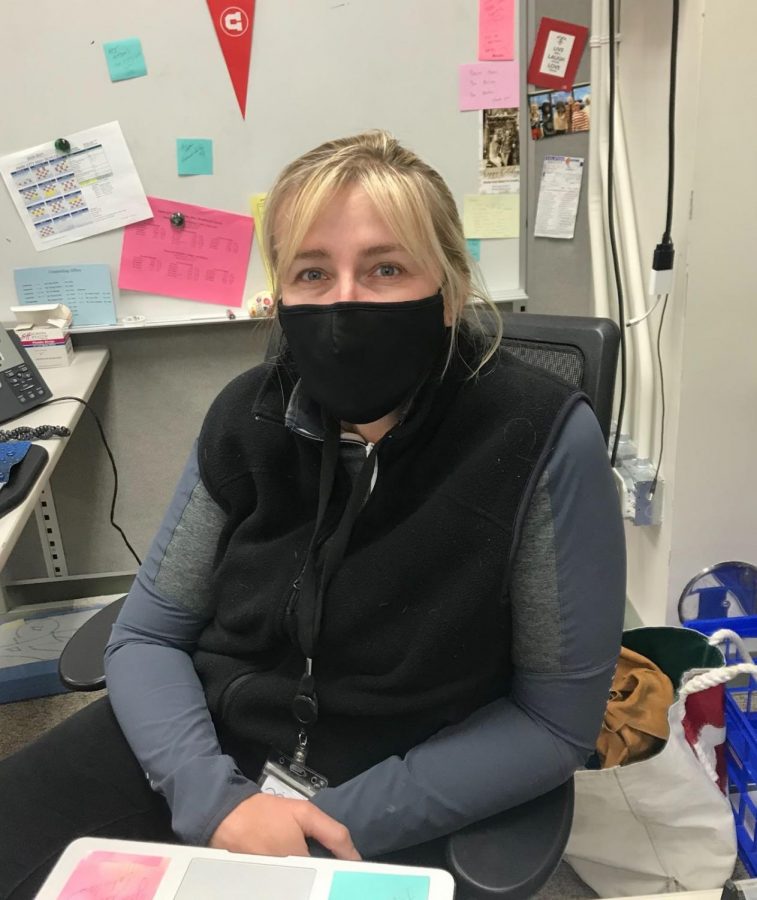 AP testing was conducted online last year and is now going back to in-person. Will this alter the exam performance of students this year?

Study hall teacher Rebekka Hall is the coordinator for the school’s AP testing program. Hall has been working with administrators to develop a plan for AP testing this year.

Hall explained that “The College Board provided three sessions, three choices as to when AP tests can be administered. The first one was session one that was all exams in writing, and that was the earliest one and had also matched closest to what we have been planning all year.”

Hall explained that the third session exams would fall after school has been dismissed, after graduation, which is what led Hall and the administration to choose session one.

Planning the exams this year has been challenging. “It’s been crazy difficult, just with so much unknown and last-minute planning and trying to keep students in places where they can spread out, all of those kinds of things, it has been very difficult.”

Each AP class varies in size. Certain classes tend to have more kids take the test than others. Ms. Hall gave an example comparison of AP Human Geography 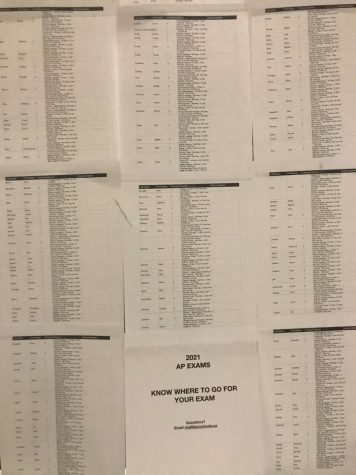 Steve Cuttitta is a teacher at the high school. Cuttitta has been getting his students ready for the AP exams since spring break.

Cuttitta said that he had not had a difficult time getting ready for AP testing this year. “You know not really; I’ve kind of always posted things on canvas; things we’ve done in class have been, for the most part, have been pretty much the same as things we’ve done in the past. Surely it’s different for the remote learners not being here not getting to go through the same process. But as far as the content we’re covering, it’s been pretty much business as usual.”

Cuttitta explains, “Last year we had a new rubric. Last year’s tests were just one essay instead of the normal 3. It’s been a little bit of a learning curve this year. Since we had the new rubric for three different essays. It used to be a 9 point scale now it’s a 6 point scale with a completely revised rubric. Teaching the poetry essay teaching the response essay, that’s kind of new for us this year. It’s the first year with the new rubric, and I’ve had to learn teaching towards that rubric as opposed to normal.”

Cuttitta has been getting his students ready for the AP exams by practicing multiple-choice questions, literary devices, poetry practice, and in-class essays.

“So just kind of general test prep going through as many samples as we can, as many practice essays, as many multiple choices as we get towards the last couple of weeks here,” he explained.

Cuttitta, like Hall, also believes that students’ exam performance will be the same as years in the past. “I think we’ve covered the requisite content, and I think we have covered it well. We have been preparing since spring break for the tests. I’m not concerned.”

While there are many mixed opinions on how hard the AP exams will be, they’re coming up quickly so students better start preparing.