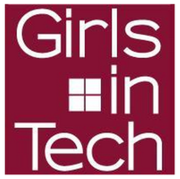 Becoming an acclaimed figure in a traditionally male-dominated field can be an uphill battle. Ghez in particular cited her high school chemistry teacher as the reason she felt inspired to follow her dreams.

Park City High School also supports girls getting into STEM subjects.  Aside from the many advanced STEM classes the school offers, the school hosts a Girls in Tech club.

The Girls in Tech club meets every other week to do small tech-related challenges or workshops, such as coding in HTML (a coding language) or examining websites. In past years, they have also heard from speakers who are studying technology or involved in the industry.

According to Senior Josie Marshall, the co-president of Girls in Tech, the purpose of the club is to “introduce more female students to the tech industry to help bridge the gap, because there are a lot more male than female computer science majors…[and] a lot more men in the tech industry.”

This scarce number of women in technology is a characteristic of all STEM industries.  A 2018 study by the National Science Board found that although women make up about half of the overall workforce, they make up only 28% of the science and engineering workforce.

This disparity is also evident in the number of women who have won Nobel Prizes.  In all STEM related categories, women make up less than 6% of the winners.

Kelly Henderson, the computer science teacher at Park City and faculty advisor of Girls in Tech, sees this as a significant issue.

“The tech industry needs to be reflective of our population, otherwise the inherent biases in the applications that we use will continue to exist,” said Henderson.

The lack of female representation in STEM fields is also a problem for girls who would like to go into those professions.  Hence, the value of a Girls in Tech club.

In 2016, both Google for Education and the Education Research Center of America conducted studies showing that girls in K-12 education perform just as well as boys do in mathematics and science.  However, girls tend to report less confidence in those areas.

The 2018 study by the National Science Board added that girls are less likely to choose to move to more advanced levels in STEM courses.

This indicates that it is confidence in STEM related subjects that hinders female students, not their skills.

Marshall added that girls often, “feel a little bit out of place in those upper level classes…I think it’s just having a difficult time feeling like you should be there.”

Marshall also thought that having role models in STEM industries can help more girls feel comfortable to advance in those fields.

“If you are looking at leaders and people who inspire you from your field, and you don’t see anyone who’s like you, it can be very discouraging,” said Marshall.  “Having female role models  and being able to look up to them and connect with them on that level is really important.”

Such role models can be found in the Nobel Prize winners this year.

Emmanuaele Charpentier and Jennifer Doudna were awarded the chemistry prize.  After Charpentier discovered tracrRNA, she sought out Dounda for her expertise.  As a team, they were able to discover Crispr molecules and develop Crispr-Cas9, which can be used for experimental treatments for sickle cell disease and cancer.

Andrea M. Ghez was one of the winners of the Nobel Prize for physics. Ghez focused on star formation and black holes.  For her discovery of a supermassive black hole at the center of the Milky Way Galaxy, and her other research on black holes, Ghez and her partners were awarded the Nobel Prize.

There are many more women in STEM fields than there were a generation ago.  Women like Charpenier, Doudna, and Ghez can serve as inspiration for enterprising young girls looking to go into math-based careers.

While the STEM fields may currently be predominantly male, women make vital contributions.  At Park City, the Girls in Tech club provides an important way for female students to develop their skills and grow confident in their abilities.