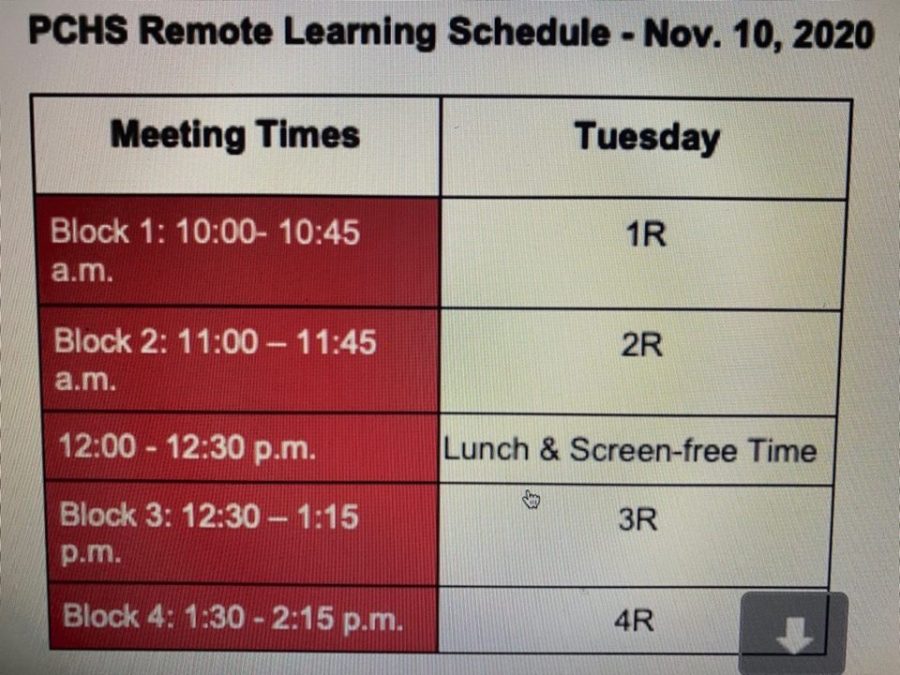 Late yesterday afternoon, Park City High School staff and students were notified of a water line break at the school, requiring school to resume today in a remote format. As of now, the water line issue is now repaired, and school will resume regularly tomorrow.

The remote schedule was announced last night for all students to follow. 1R would begin at 10 am, and each period would only last for 45 minutes. Students were given a thirty-minute lunch/screen break in the middle of the four class periods. Teachers were instructed to hold classes during these periods.

English teacher Steve Cuttitta said he received an email from the school around 5-6 in the evening yesterday instructing teachers to set up their classes according to the new schedule. It wasn’t mandated that classes needed to be held over live streaming platforms, like Zoom or Google Meets, but it was implied, according to Cuttitta.

Today was the first day that all students at Park City High School needed to be remote during this school year. As uncertainty with the coronavirus grows, so does uncertainty regarding how school will operate in the future. The students seem to be adaptable to either situation, even when notified the night before.

Cuttitta said that “People were generally a few minutes late than the actual time… as far as participation, most kids were fine. They were engaged and we had discussions.”

Cuttitta and other teachers were not informed in the email on how the students would be told about the schedule. There was no email sent out to students the night before.

Senior Tyler Vendetti said he found out through a teacher. “Mr. Murphy told me. We were coordinating an NHS meeting and he let us know.” said Vendetti. “He texted the whole NHS GroupMe 10-ish minutes later about it. And then, I saw the news on a bunch of StuCo kids’ stories.”

Cuttitta also said that there were reports of regularly remote students emailing their teachers about why Zooms weren’t functioning at their normal times, implying that they were not informed of the new schedule.